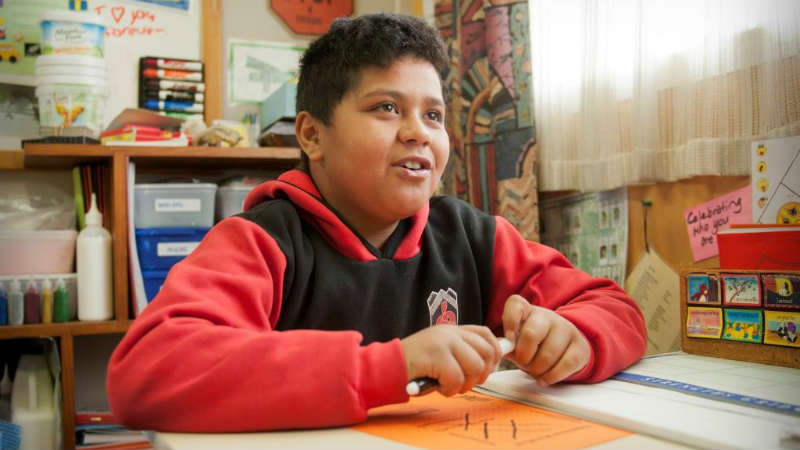 School was an unhappy place for Conrad and he was struggling. He often felt angry, taking out his feelings on other children, and he wasn’t keeping up with his school work.

The Family Works social worker in his school, Wendy, talked with Conrad about how to handle his anger and showed him how to be proud of himself in positive ways. She worked with him on skills to manage his behaviour and keep him in school.

Conrad has since helped Wendy develop a programme for other boys about respect and manners. He also invented a friendship game to use as an icebreaker and helped make tools for the programme.

The teachers have congratulated him on his ideas and Conrad is starting to make better choices at school. “He was beaming – so proud of himself. Being included in developing this programme has empowered him enormously,” says Wendy.

“He was beaming – so proud of himself. This has empowered him enormously.”