All five-year-olds need time to adjust in school.
But for *Sally, the challenges were even more difficult as she is blind.

Although many agencies and teacher aides were involved in her care, Sally faced a huge learning curve. 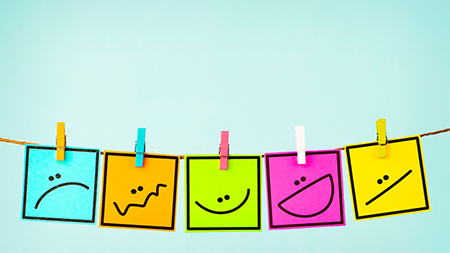 She thought that Sally would make better progress in school if the little girl could let others know what was going on inside.

Janet gave Sally a “feel box” that contained objects with different textures— bumpy, smooth, rough— so Sally could describe them and relate them to her feelings. The size of the objects also helped Sally communicate whether she was feeling confident (big) or nervous (small).

Working with Sally’s teacher aide, Janet began to use 3D emoji cards in order to help Sally feel her own facial expressions and how people may perceive them.

As the weeks passed, Sally’s understanding of her own and other people’s emotions grew. She loved to tell stories about imaginary characters — now she incorporated feelings in them. She became less frustrated and started to describe her days in school as “very happy”.

Because of Janet’s intervention, Sally’s first year in school has been a triumph.