Rezkah suffers from serious medical conditions and is often in and out of hospital. As he can’t support himself, he’s been evicted a few times for failing to pay rent. He has no family here. 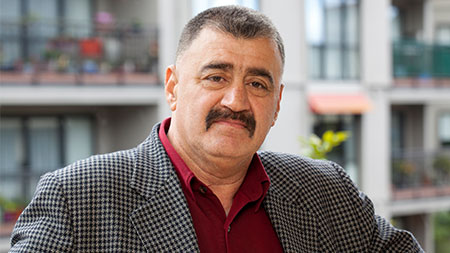 In January, he began sleeping in his car. He had applied for government support many times but he can’t speak English very well and the process confused him.

Family Works’ financial mentor Linda had already been helping Rezkah with his bills and budgeting for several months. When Linda contacted Housing New Zealand on Rezkah’s behalf, she told the local manager that Rezkah might not survive the winter if he could not find a home.

Within weeks Rezkah was able to move into a quiet, peaceful and affordable apartment block that is near the hospital, supermarket and to WINZ. He now also has a medical alarm.

Thanks to Linda, Rezkah now receives everything he is entitled to from WINZ and when extra expenses like medications or heating bills eat into his allowance, Linda arranges food parcels for him.

Rezkah now enjoys warmth and security and is grateful to have found someone who’s ready to extend a hand when life gets too tough for him.